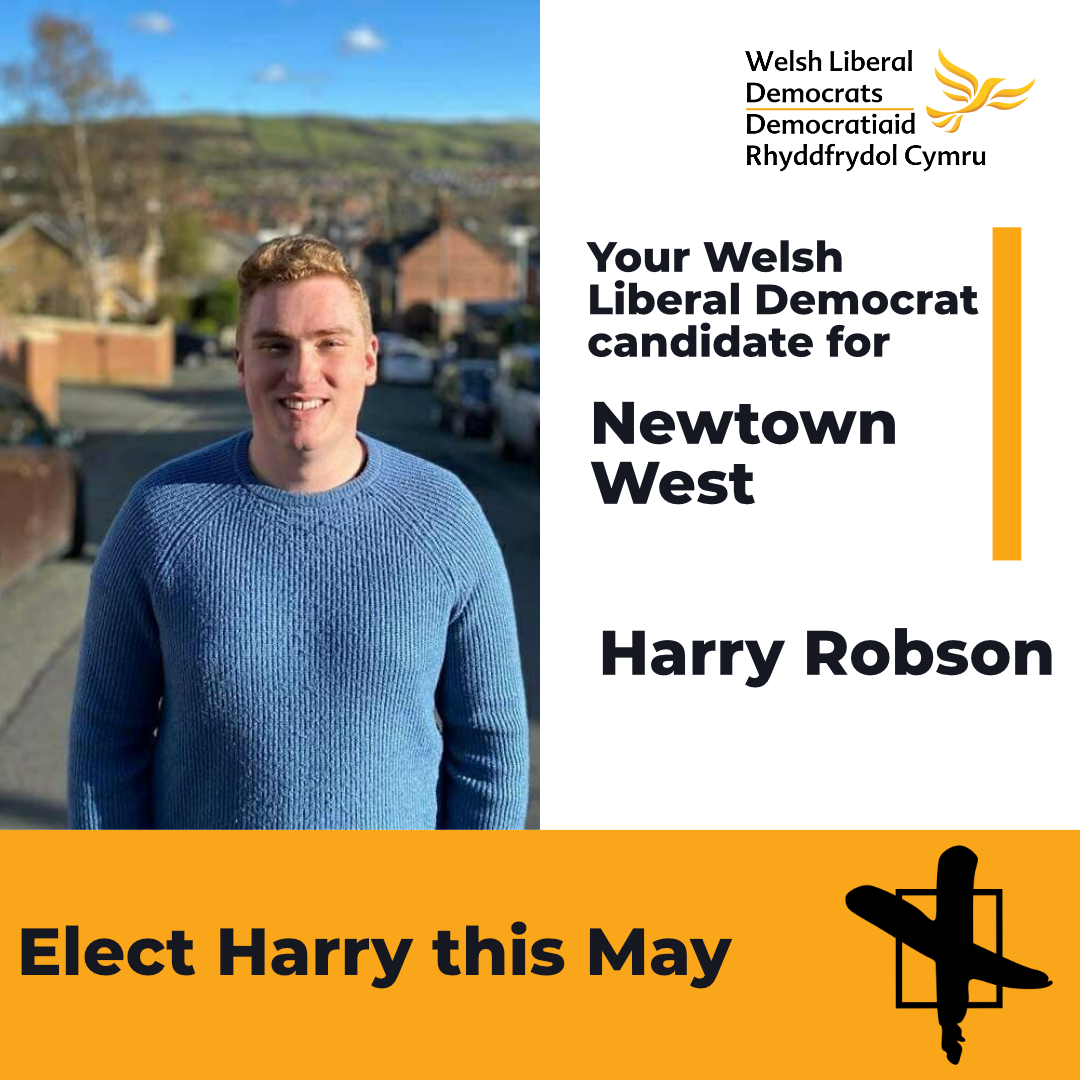 Harry Robson is standing in Newtown West. Harry is from Newtown and has lived in West Ward most of his life, having gone to Penygloddfa Primary School and then Newtown High School and 6th Form. Harry has a background in environmental policy and security consulting and is now working in communications.

Among Harry’s top priorities are tackling the growing problem of crime and county lines in Newtown, getting poorly maintained roads fixed and pushing for the regeneration of Newtown.

Harry has also stood against the 30% council tax rise implemented by the current Independent and Conservative administration (which this year was supported by Plaid Cymru).